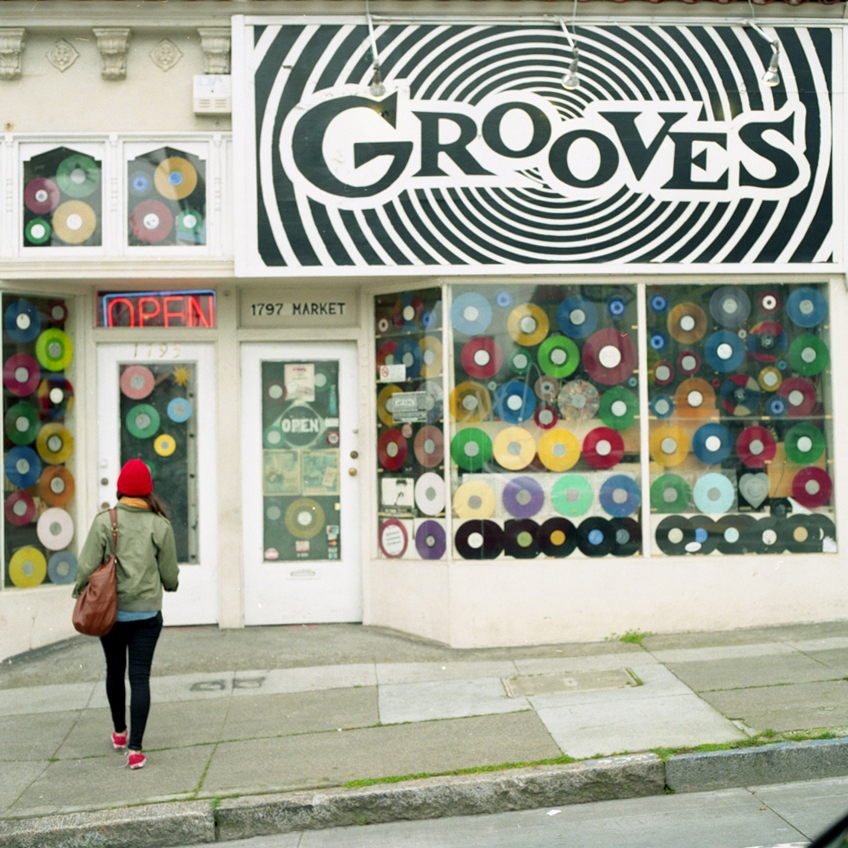 Just to break it down real quick. ONE LOVE is a new segment of MADLOVE that will feature 1 film type, 1 person and 1 theme.

In this episode I shot Kodak Portra 800 with my homegirl Moe at Grooves record store. I’ve never shot Portra 800 before and was apprehensive of how it would hold up indoors with the windows blocked by records (see photo above) on an overcast day. Luckily most of the records Moe was interested in were up front near the open window (if she was into contemporary classical I would have been fucked). Only thing to be careful about when shooting Porta 800 is make sure you don’t UNDERexpose your shots too much. Photos I took deeper in the shop where there was less light… looked like shit, very grainy and a significant loss of color and depth. I always tend to overexpose color negative film and Porta 800 looks awesome when properly exposed, definitely taking it out again real soon. We had a blast at Grooves. Moe got some sick records, I got some cool shots, no one Instagramed anything and everyone was happy. 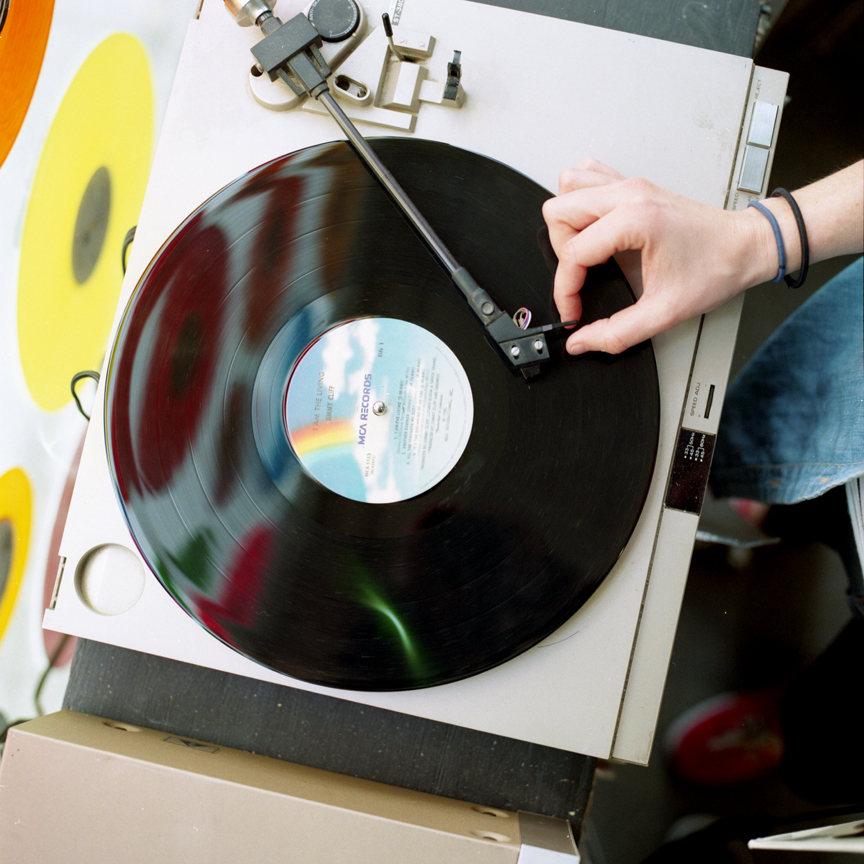 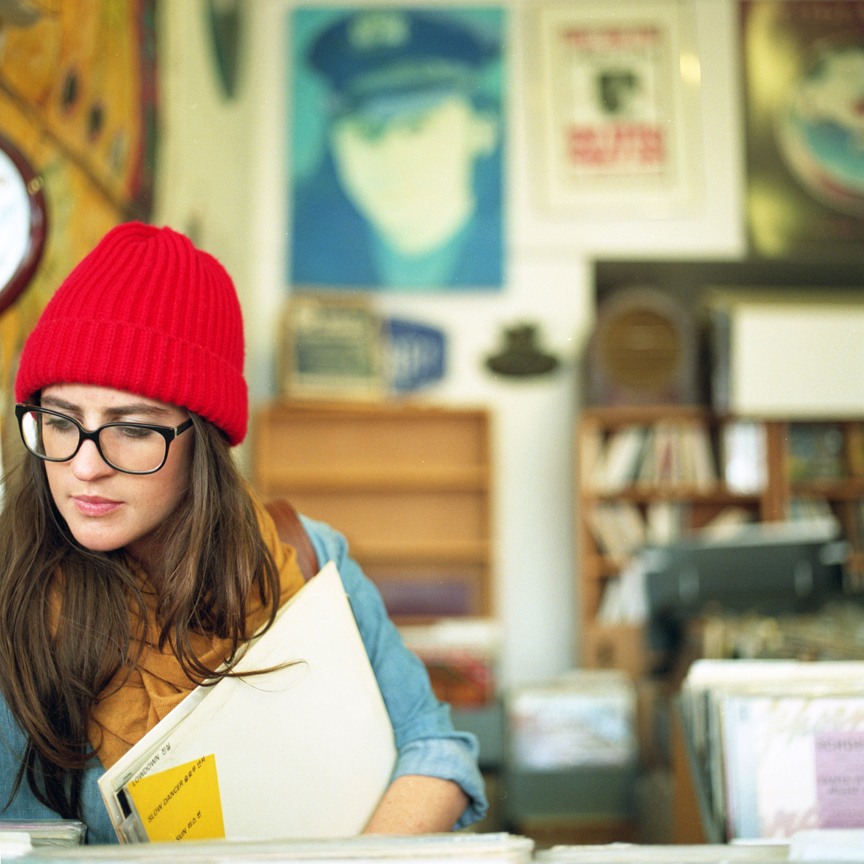 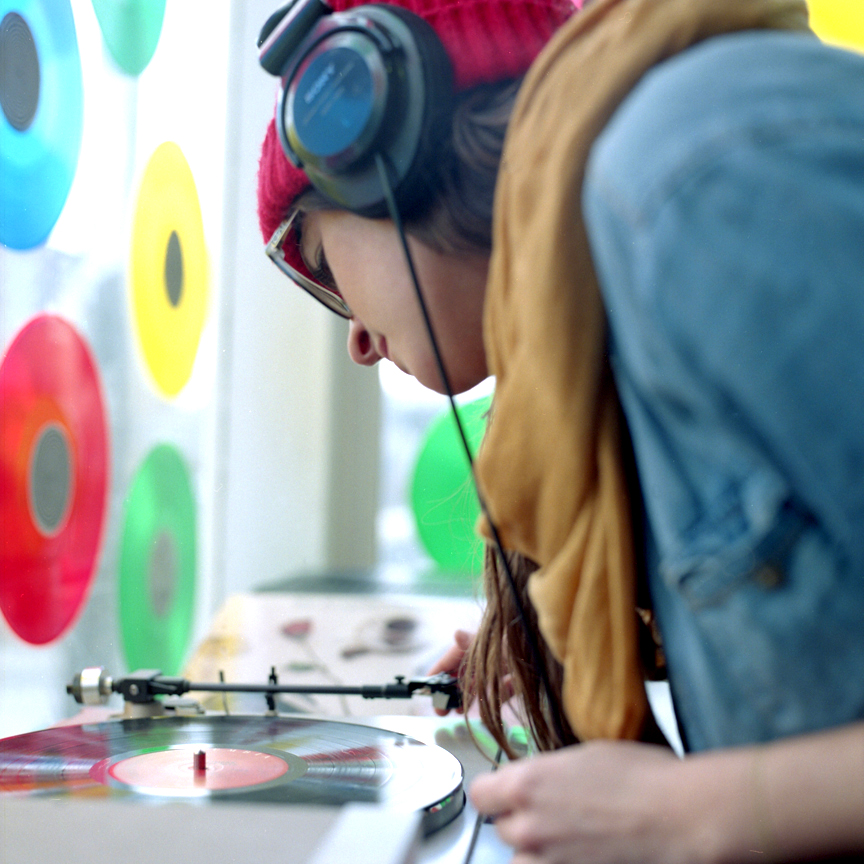 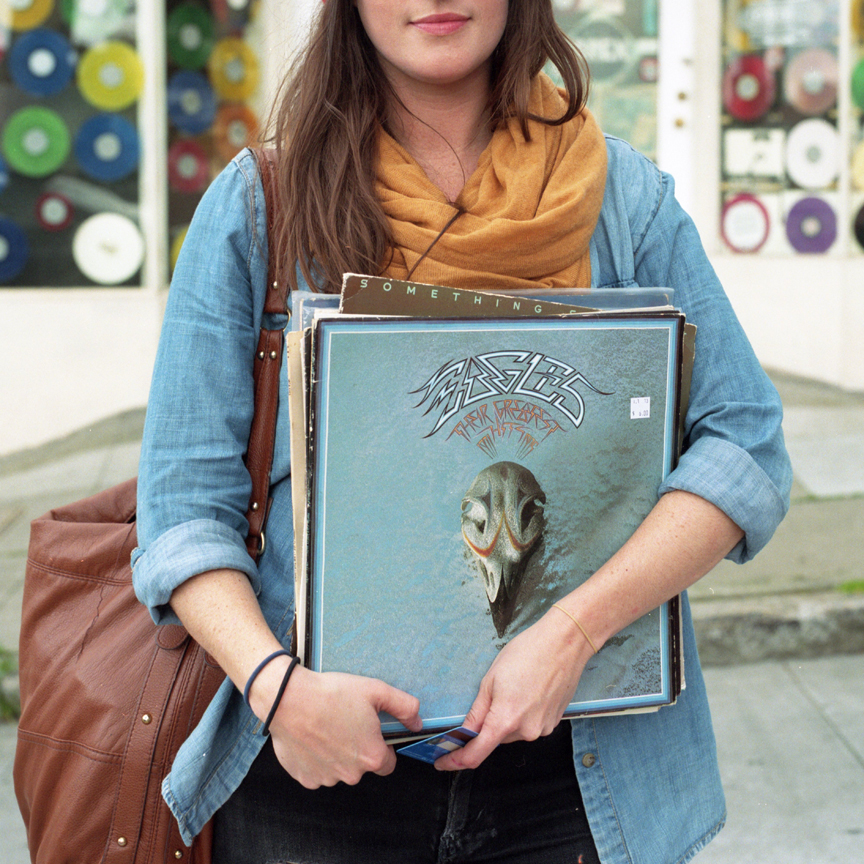